Muslim marriages in Thailand has currently increased in number which is also called nikah in Thailand. More and more foreigners, especially from Muslim countries come to Thailand to marry their foreign fiancée or even their Thai partner. Requirements differ on specific nationalities and it is always best to be prepared before flying to Thailand.  There are a few required documents to prepare depending on nationality. It is very important for a non-Muslim to be converted to Islam prior marriage. And if in any case the non-Muslim to be converted is the male party, one must show proof of circumcision. Muslim conversion can be arranged at the Islamic Center and performed prior marriage. 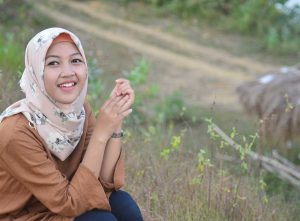 The Islamic ceremony takes place at the Islamic Center, most likely many have wanted it to be done at the mosque, but it is officiated by the imam with other witnesses at the Main Islamic Center’s Office. The marriage ceremony have few exchange of questions to answer and vows given by each couple under Muslim law. It does not take more than an hour, will take not more than an hour.

The Islamic center is quite a distance from Bangkok, thus, an earlier notice for marriage appointment at the center shall be requested. The entire process should be arranged as Conversion takes place on the same day of marriage. See Nikah in Thailand for more information.

If the Thai lady you are marrying is Muslim by birth, a letter of consent from the father or brother shall be required. For foreign Muslim ladies, this will not be necessary. Though, for Malaysian nationals, it is a strict requirement either the father or brother permits the union under Islamic law.

Also, there are certain nationals for which their citizens are required to obtain permission from their embassies. These are nationals of Kuwait, Bahrain, mostly from the U.A.E. and Maldives. A letter of consent from your Embassy allowing you to marry in Thailand (Nikah in Thailand) is required.

Restrictions holds the same too for some nationalities enlisted above that needs approval from their embassies. And Non-Muslim parties are required to be converted before getting married and has to agree with the Koran. The Imam will guide the newly converted party in prayer.

An arrangement of dowry is discussed by couples with the parents. If all present at the time of ceremony, then it should be agreed with the Imam. If only the couples are present, then it should also be agreed upon and stated on agreement. The agreement is to be read before the ceremony begins.

Upon your visit to the Islamic Center, Imam will perform the marriage and you will get your Muslim marriage certificate. You may have the option to have it translated in both English and Arabic languages. After which, this document should be sent for legalization at the Thai Ministry of Foreign affairs, so called “MFA”.

There are some Muslim countries that requires the marriage documents from the Islamic Center be authenticated by their Embassy for it to be considered and recognized as a valid document overseas. It is best to check your embassy if this is a requirement to avoid missing this final step after legalization.

If the intention is to join Spouse in Thailand, then should be under a Thai civil marriage. If joining, on the other hand, spouse in Western countries and all other non-Muslim countries, then still the Thai civil marriage has to be completed.  You might feel unsure on the process, and do not know how to go on with it, seek for assistance and legal advice for a smooth and hassle fee process.